We investigated the anisotropic magnetoresistance (AMR) effects in polycrystalline La0.67(Ca1−xSrx)0.33MnO3. An anomalously large AMR of 19.1% was observed near the metal–insulator transition temperature (TMI) in polycrystalline La0.67Ca0.33MnO3, but slight Sr doping could significantly depress the anomalous AMR around TMI. By studying the temperature, magnetic field, current direction dependence of AMR and the phase transition process, it was suggested that the anisotropic spin-polarized transport and the demagnetization effect together with the metamagnetic transition around TMI play important roles in the anomalous AMR effects in polycrystalline perovskite manganites. 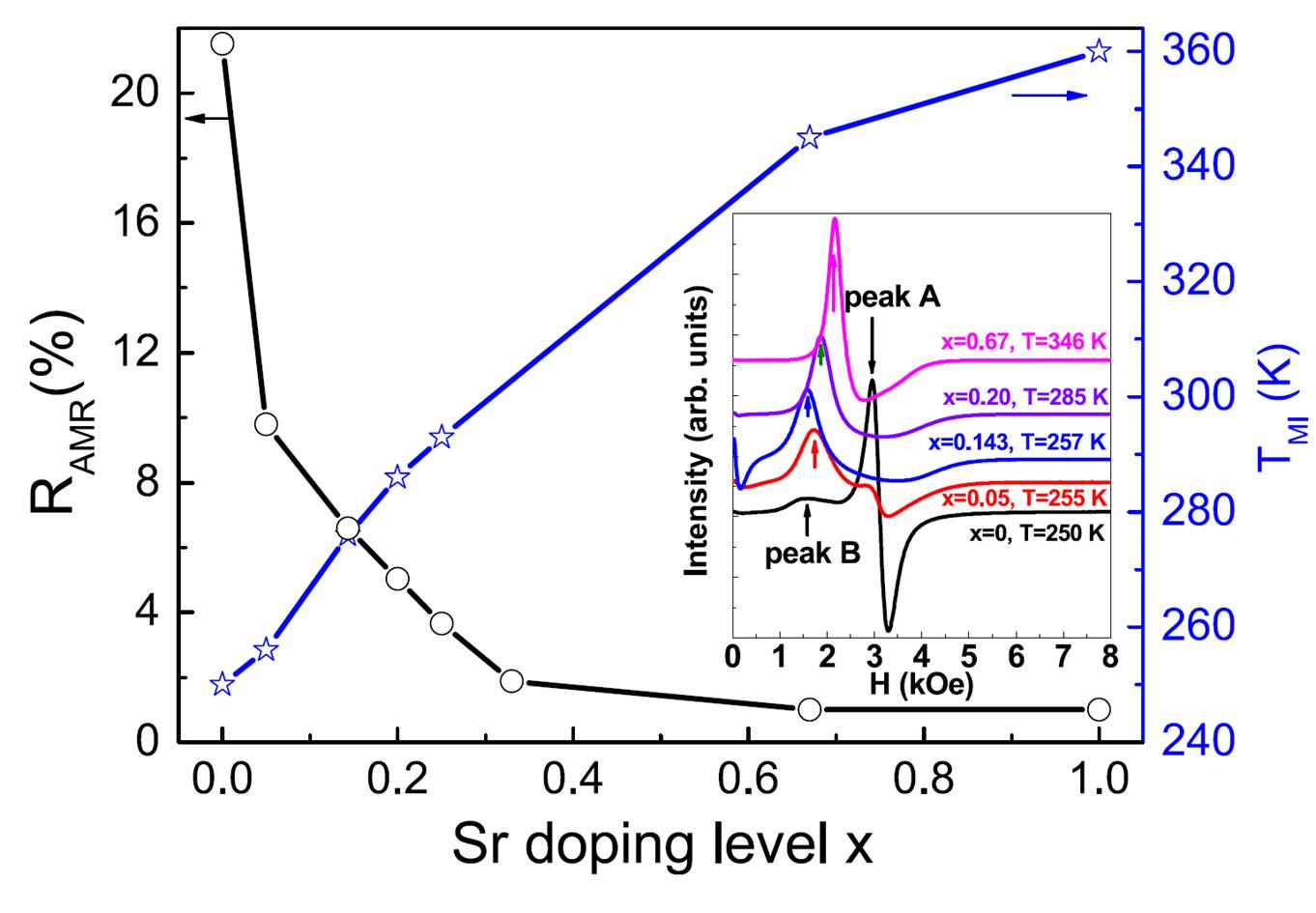 RAMR and TMI for LCSMO as a function of Sr content (x). The inset shows the ESR spectra for LCSMO with various Sr content x near TMI.